Co-Pays Will Disappear (If Only We'll Let Them) - Part 1

We're often asked if we accept insurance for purchasing medications.  This is a great question as most pharmacies charge high enough prices that it makes sense to use insurance.  Insurance can help offset some of the high cost of prescription drugs especially when it comes to brand names.

What happens when the price of the medication is actually below the insurance co-pay?  Such a situation didn't really exist until the $4 prescription drug list came out.  Now many pharmacies offer this program and hence the co-pay maybe on its last legs.

Let's take a common drug like Simvastatin (Generic Zocor) used to control high cholesterol.  Typical insurance co-pays range between $10 - $20 for medications with some going as high as $25.

With insurance, you would pay a minimum of $10 assuming your co-pay is $10.  Paying cash, you would only pay $3.50 saving you $6.50.  The savings is even higher when you purchase higher quantities.

The Simvastatin example will only become more common, as co-pays rise, generic manufacturers get direct access to the consumer, and more retail pharmacies try to match the flat pricing model.

The word "co-pay" in relation to prescription drugs may finally become obsolete as consumers opt to save money by paying cash rather than use their insurance.  In our opinion, it couldn't happen soon enough especially when people save money on their medications.
Posted by lalitd at 9:00 AM No comments:

5 Reasons Why Prescription Drugs Are So Expensive In America 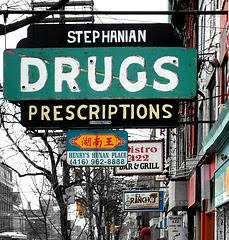 Recently we had the opportunity to speak with a doctor from New York, a nice gentleman who like many Americans was in the Medicare "donut hole".  His local CVS was charging $200 for his medication, and Medicare did not cover his cost, so he decided to go online.

He came across our site and found the drug listed for $60.  His first thought was how is this possible?  It must be an illegitimate generic or there must be some catch.  How could the same drug at CVS for $200 be $60 with free shipping?

This is probably the most common question we get and so we thought it might be useful to explain the discrepancy in price.

There are 5 reasons why prescription drugs are so expensive:

1.  Regulations - The United States has some of the strictest standards for drugs in the world and this is a good thing considering our health is at stake.  In addition, the America sometimes operates as 51 small countries, all with their own rules and regulations.  Each state has their own special requirements for obtaining prescription licenses.

3.  Lack Of Innovation - The healthcare field as a whole is a slow moving industry.  In general, the industry is satisfied with the status quo.  After all, "if it ain't broke, why fix it?"  The system is not broke as long as you are on the right side of the equation.  Unfortunately, for most of us, this is not the case.

4.  Brick And Mortar Pharmacies - The way the majority of us get our drugs is by going down to our local brick-and-mortar pharmacy.  Have you noticed how many pharmacies are concentrated in a small area of a typical suburb in the US?  A quick search near HealthWarehouse in Loveland, OH, brought up more than 10 pharmacies.  Can you imagine how much real estate and personnel costs?  Take a place like San Francisco or New York City and the costs skyrocket further.  Factor these costs into the price of your drugs.

5.  Inefficient Distribution System - A typical drug from its origin at the manufacturer to the destination at the consumer has passed through more than a few hands before it reaches you.  These middle steps also contribute to the cost of prescriptions.

Going back to the price discrepancy for our Doctor friend and the reason why our prices are so much lower than the others is simple:  We are more efficient at getting the drug from the manufacturer or wholesaler to you the consumer because we ship from a single warehouse in Cincinnati, Ohio and sell via the Internet.  When you remove the cost of purchasing expensive real-estate, buildings, and personnel across the United States, the price of medications comes down to levels which are affordable for the average consumer.